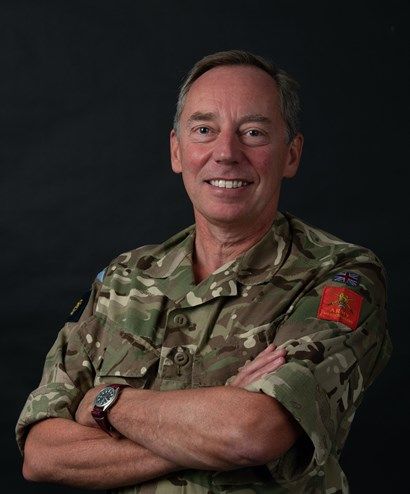 Lieutenant General Sir Christopher Tickell KBE was commissioned into the Royal Engineers in 1983 and spent 6 years as a troop commander in Germany, Northern Ireland, UK, Botswana and Norway.  After Staff College and a tour in the MOD, he took command of 9 Parachute Squadron RE.  This included tours in Bosnia and Kosovo.

As a Lieutenant Colonel he worked in the Operations Branch of the Army HQ, before taking command of 23 Engineer Regiment (Air Assault) as it deployed to Kuwait/Iraq for the Second Gulf War in January 2003.  On promotion in 2005 he moved to the Directorate of Training.  He then attended the Higher Command and Staff Course.

He was promoted to Brigadier in 2007 and commanded 8 Force Engineer Brigade for 2 years; he deployed with his Headquarters to Afghanistan for the final 6 months.  After 2 years running the Army Staff Course, he returned to the MOD working for the Chief of Defence Personnel for 9 months.  He was promoted in 2013 and commanded the Army Recruiting and Training Division until October 2016.  He was the Army’s Director of Capability from then until Summer 2019.  He was promoted to Lieutenant General and became Deputy Chief of the General Staff in August 2019.