DSEI 2021 is proud to present a keynote programme featuring the top Defence officials from the UK Government and Forces, alongside some of their key international partners. All speakers will be broadcast live from our on-site studio to every theatre in ExCeL, and the sessions will also be available via the event app.

The full keynote programme will be announced in June 2021.

General Sir Patrick Sanders was commissioned into The Royal Green Jackets in 1986 and spent his early career at Regimental Duty in Germany, Norway and the UK. He has commanded at company, battalion, brigade, and divisional level, including on operations in Northern Ireland (multiple tours), Kosovo (1999 and 2002), Bosnia (2001), Iraq (2007), and Afghanistan (2011-12).

His staff appointments have all been in operational and strategic roles. These have included Brigade Chief of Staff, Directing Staff at the Joint Staff College, Policy/Military adviser for the Commander of Coalition Forces in Iraq in 2003 to 2004, Colonel Army Strategy, a brief tenure as Chief of Defence Staff’s Liaison Officer to the US Chairman of the Joint Chiefs of Staff, and more recently Head Operations (Military) and Assistant Chief of Defence Staff (Operations) in the Ministry of Defence.

His previous two appointments were GOC 3rd (UK) Division and Commander Field Army. He was promoted to General in May 2019 and assumed the post of Commander Joint Forces Command where he managed the organisation’s move to Strategic Command.

General Sir Nick Carter joined the Army in 1977 as an 18 year old and commissioned from the Royal Military Academy Sandhurst into The Royal Green Jackets, an infantry regiment. During his early career he served in Germany during the Cold War, in Northern Ireland during the Troubles, in Cyprus with the UN and in command of a battalion on operations in Bosnia and Kosovo.

Latterly he has had tours of duty in Iraq as a brigade commander in 2003/4 and repeated tours of Afghanistan between 2002 and 2013. He was responsible on his first tour for the initial design of Provincial Reconstruction Teams and the Afghan National Army. He commanded 55,000 NATO troops in Regional Command South during the Afghan ‘surge’ and in his last tour led the transition process with the now President Ghani as the Deputy Commander of the NATO mission.

Between these deployments he has had appointments in personnel policy and training, running the Army’s Resources and Programme in the Ministry of Defence, as the Director of Land Warfare, and he led the team that reorganised the Army following the 2010 Security and Defence Review – what is known as Army 2020.

He has been the Chief of the General Staff, the professional head of the British Army since 2014, leading it through the most recent Security and Defence Review in 2015. He assumed the appointment of Chief of the Defence Staff in June 2018. Nick Hine was commissioned in 1985. A warfare officer with a predominantly submarine background, he has served in a variety of diesel and nuclear submarines, as well as undertaking a number of surface vessel and Staff appointments.

He was the first submariner to have completed the inaugural Specialist Navigation course, was awarded the Howard-Johnston Memorial Sword in 1993 and was the top student of his Submarine Command Course ("Perisher") in 1998. He was selected for promotion a year early to Lieutenant Commander in 1996, to Commander in 1999 and to Captain in 2007. He was promoted in post to Commodore in 2014, a year later to Rear Admiral and in 2019 to Vice Admiral.

He has a wide range of operational experience from tours in Northern Ireland, Kosovo and most recently Iraq in 2009, where as an Acting Commodore he was responsible for the reconstruction of the Iraqi Navy. He was awarded the US Bronze Star and Army Commendation Medal in recognition of his efforts. He took up his present appointment in Apr 2019

General Sir Mark Carleton-Smith was commissioned into 1st Battalion Irish Guards from the Royal Military Academy Sandhurst in 1986 and served at regimental duty in London, Germany, Canada and South Armagh, prior to service in The Gulf and The Balkans.

A graduate of the final Army Command and Staff Course at Camberley, he was appointed Chief of Staff 19 Mechanized Brigade (1999 to 2001) and served two tours in Kosovo as Chief of Staff HQ Multi-National Brigade Centre. On promotion to Lieutenant Colonel he was appointed Military Assistant to the Commander-in-Chief Land Forces (2001 to 2002) and later assumed command of 22 Special Air Service Regiment (2002 to 2005), serving principally in Iraq and Afghanistan.

Promoted to Colonel in 2005 he became Deputy Director Policy Planning in the MOD before assuming command of 16 Air Assault Brigade (2006 to 2008) during which time he served in Afghanistan as Commander Helmand Task Force and Commander British Forces Afghanistan. He served in the MOD as Director Army Resources and Plans (2009 to 2011) prior to promotion to Major General as Director Special Forces (2012 to 2015).

Staff appointments in the Ministry of Defence have included the Operations Directorate and the predecessor to what is now Military Strategic Effects.  In 2013, after a short spell as the Tornado Force Commander, he became the Principal Staff Officer to the Chief of Defence Staff.  In January 2015, he was appointed Administrator of the Sovereign Base Areas of Akrotiri and Dhekelia and Commander British Forces Cyprus, responsible for the civil governance of the Sovereign Base Areas and command of British forces based permanently in Cyprus. 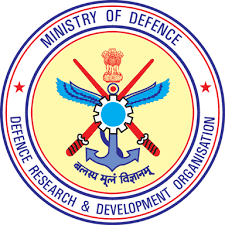 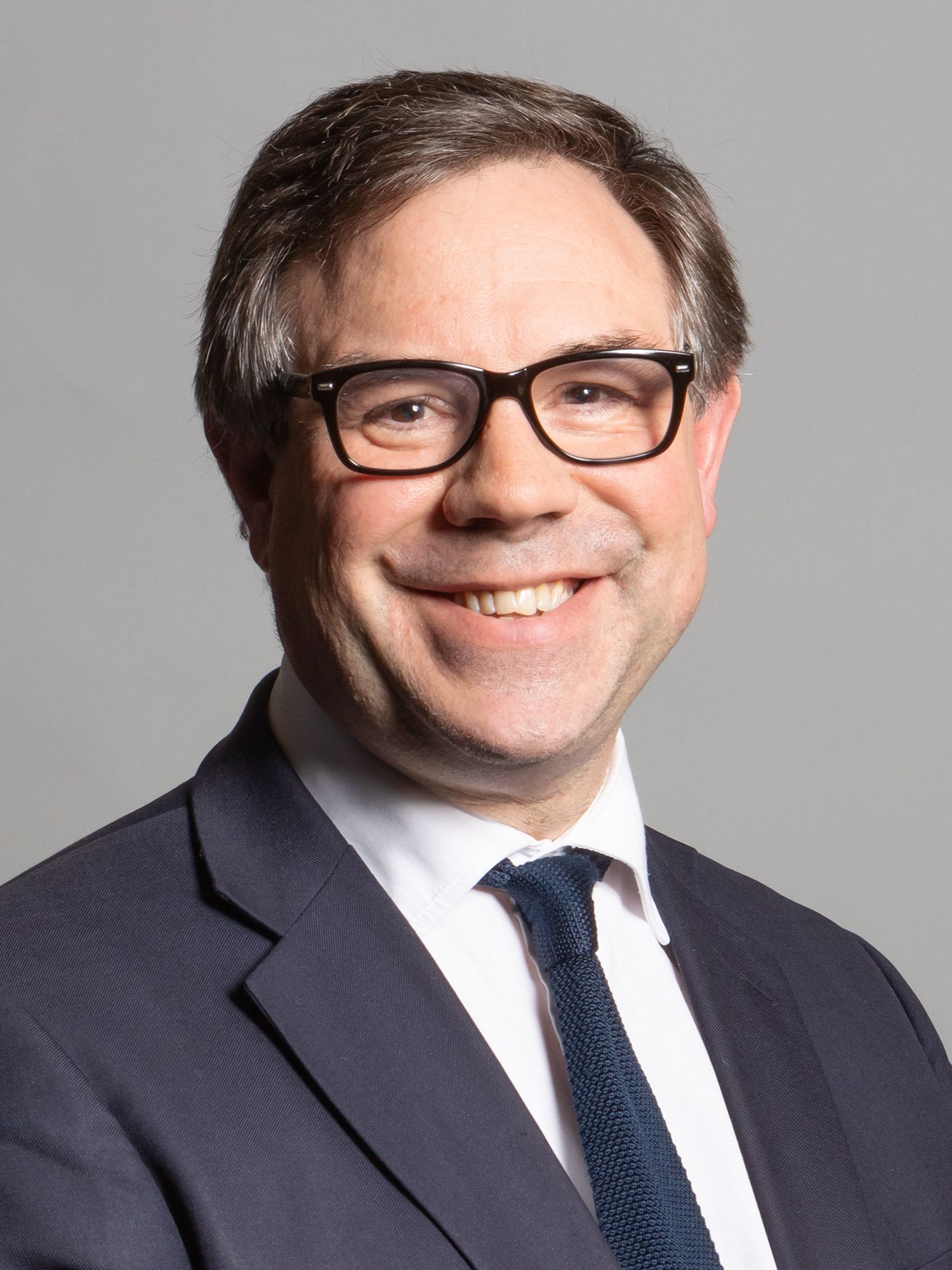 In 2008 to 2009, he served on secondment as senior corporate finance adviser to HM Treasury, assisting them on the UK’s response to the financial crisis.

In July 2018, Jeremy accepted a role in the Government as a member of the Whips’ Office and was promoted to serve as a senior Whip (as “Comptroller of Her Majesty’s Household”) in July 2019.

In December 2019, Jeremy became Parliamentary Secretary in the Cabinet Office with responsibilities for the Government Commercial Function and other cross-government programmes.

Jeremy Quin was appointed Minister of State (Minister for Defence Procurement) at the Ministry of Defence on 13 February 2020.

As Minister of State for Defence Procurement, Jeremy is responsible for the Defence Equipment Plan; relations with the defence industry; defence exports; defence science and technology; and defence estates and infrastructure. 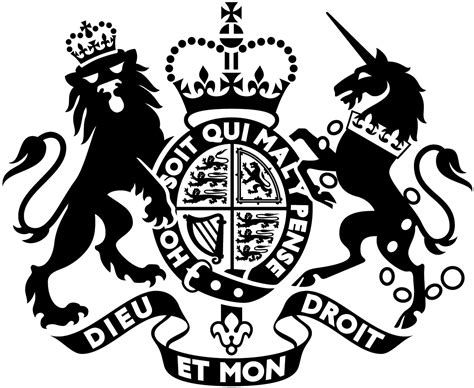 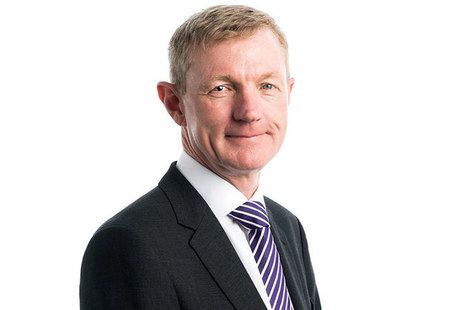 Simon Bollom graduated from Southampton University in 1981 with an honours degree in mechanical engineering. He served in the RAF as an engineering officer for 35 years and his last appointment was as Chief of Materiel (Air) in Defence Equipment and Support (DE&S) and RAF Chief Engineer on the Air Force Board. During his service career he served in a variety of operational and staff appointments, with the last 15 years focussed on acquisition and support delivery.

He retired from the RAF in April 2016 and having enjoyed a short career break interspersed with some consulting, he returned to the DE&S as Chief of Materiel (Ships) in April 2017 responsible for acquisition and support of surface ships for the Royal Navy. He was appointed as Chief Executive Officer DE&S in May 2018.

Appointed as Companion of the Most Honourable Order of the Bath in 2011, he became a Fellow of the Royal Academy of Engineering in 2012 and was made a Knight Command in Her Majesty the Queen’s 2016 New Year’s Honours List. Rear Admiral Paul Marshall joined the Royal Navy in 1988. He was promoted to Captain in March 2012 and served in Navy Command Headquarters where he was programme director for support improvement, engineering support and project “Faraday” which revitalized training and professionalism in the RN’s engineering branch. As a Commodore, he served as Programme Director for Type 26 frigates and established the Navy Command Ship Acquisition Programme Management Office, stepping up on promotion to Rear Admiral as the Senior Responsible Owner for delivery of the T26 and T31e Frigate Programmes and Fleet Solid Support Programme. He is currently the UK MoD Engineering Skills Champion, leading a team tasked with influencing policy makers to enhance the appeal of Defence Engineering to both current and prospective Engineers. 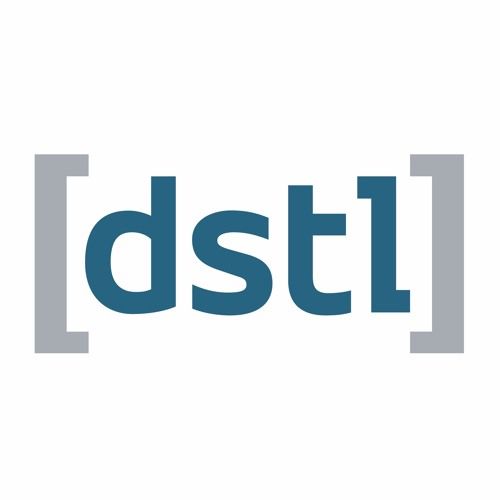 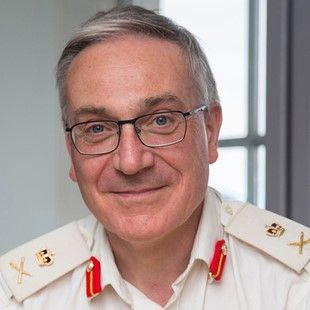 Richard was appointed Climate Change and Sustainability Strategy Lead for the Ministry of Defence in 2020.

Richard was appointed Chief of Defence People at the Ministry of Defence in April 2016.

Within Defence Tim has been responsible for nurturing the specialty of emergency medicine from infancy to maturity. He has implemented concept, doctrine, equipment and practice changes to transform the early management of combat injury and led major trauma governance from 1997-2010. Clinical leadership appointments have included
Defence Consultant Adviser in EM (1997-2008); and Assistant Director Clinical Services at RCDM (2001-2007). He has served on operations in hospitals in Northern Ireland, Kosovo, Oman, Afghanistan (3 tours), Kuwait and Iraq (4 tours). On 6 of these tours he was the hospital’s Medical Director, including the multinational Danish-UK-US hospital in Afghanistan, 2009. From 2011-13 he was Medical Director within NATO’s Allied Rapid Reaction Corps; and from
2014-17 he was Medical Director for the Defence Medical Services. Since 2018 he has been the Army’s Senior Health Advisor, the Head of the Army Medical Services and a Commissioner at the Royal Hospital Chelsea.

Tim was made Officer of the Order of St John of Jerusalem in 1999 and Commander of the British Empire in 2009; he received the Danish Defence Medal for Meritorious Service in 2010. He was Queen’s Honorary Physician from 2004 to 2010 and became Queen’s Honorary Surgeon in 2018. In 2010 he received the Defence Scientific Adviser’s Commendation for contribution to research and has been awarded 18 academic medals, including the prestigious Mitchiner Medal of the Royal College of Surgeons of England. His academic department was twice recognised nationally as the “Training Team of the Year” and in 2006 he was honoured with the personal accolade of
Hospital Doctor of the Year throughout the NHS. He was named in a British Medical Association dossier as one of the most innovative doctors in the country.