Exhibitors should be aware that the promotion, procurement or brokering of any item on display at Clarion Defence & Security (UK) Ltd Exhibitions may require the granting of an export control and/or import license or other permissions from relevant government authorities. The Export Control Joint Unit (ECJU), part of the Department for International Trade (DIT) are the UK government departments responsible for licensing and controlling the export of strategic goods and technology, including all items specially designed or modified for military use, and many types of paramilitary goods.

The Organisers of DSEI work with and act in support of the ECJU and DIT to ensure that all Exhibitor’s equipment, services, documentation and all other forms of visual promotion and display, exhibited or proposed comply with UK law & UK/UN international undertakings and other relevant sanctions.

A full definition of the items included in Category A, B and C goods is contained within Schedule 1 of the Export Control Order:

B. EQUIPMENT, SERVICES AND DOCUMENTATION EXHIBITED OR PROMOTED

The promotion of items classed as Category “A” under the UK Export Control Order 2008 is prohibited. This restriction applies to all forms of promotion, including the distribution of brochures or other promotional material from your stand which features images or details of any Category “A” goods, even if your company does not intend to market these goods at the event.

Exhibitors whose activities may be impacted by this Act and associated control orders are to ensure they have the necessary licenses and mechanisms in place.

Equipment, services, documentation and all other forms of visual promotion and display, exhibited or proposed, must comply with UK Law and the UK/UN international undertakings.

The following equipment and services are prohibited at DSEI unless explicitly authorised by a valid Standard Individual Trade Control Licence, which must be obtained from the DIT Export Control Joint Unit by the exhibitor or agent.

Goods designed for the execution of human beings

•             Riot control or self-protection devices designed or modified to administer an electric shock.

—each explosive sub-munition is designed to detect and engage a single target object.

—each explosive sub-munition is equipped with an electronic self-destruction mechanism.

—each explosive sub-munition is equipped with an electronic self-deactivating feature.

Note: Services in respect of the list of prohibited equipment are also prohibited.

1. Shackles designed for restraining human beings having an overall dimension including chain when measured from the outer edge of one cuff to the outer edge of the other cuff of between 240mm and 280mm when locked.

3. Electric-shock belts designed for restraining human beings by the administration of an electric shock.

7. Explosive bomblets means conventional munitions, weighing less than 20 kilograms each, which are not self-propelled and which, in order to perform their task, are specifically designed to be dispersed or released by a dispenser affixed to an aircraft, and are designed to function by detonating an explosive charge prior to, on or after impact.

9. Pursuant to Section 1 (4) of the Landmines Act 1998, an anti-personnel mine is a landmine which

(a) Is designed to be detonated by the presence, proximity or contact of an individual; and

(b) is capable of incapacitating, injuring or killing an individual.

Note: Services in respect of the list of prohibited equipment are also prohibited.

1. Compliance audits will take place before and throughout DSEI to ensure that equipment, services, documentation and all other forms of visual promotion and display exhibited comply with the above-mentioned undertakings.

2. Exhibitors will not be permitted to exhibit if their sole or predominant aim is to import for immediate resale.

3. The Organisers reserve the right to make the final decision concerning the eligibility of exhibits and matters of compliance.

4. All exhibitors should be advised that engaging in brokering, procurement or promotion to, or commercial discussions with, individual attendees at the event may be subject to local or international regulation.

5. In addition, no item including prohibited weapons, firearms and hazardous equipment may be exhibited or promoted which would be in contravention of relevant legislation in the country in which the event takes place, or the country of origin of the exhibitor where such legislation applies extraterritorially.

6. It is the responsibility of the exhibitor to ensure that they are aware of all relevant legislation which may apply to their company, or their intended exhibits

7. The controls encompass export from the UK, and also certain UK involvement in movements of these goods between overseas countries where the deal is made in the UK or by a UK person based overseas. It is important that your organisation is aware of all current UK trade controls and whether they affect your business prior to exhibiting at DSEI.

8. Breach of any aspect of trade controls will be treated as breach of the DSEI terms and conditions regarding Compliance and Eligibility to Exhibit.

If you are caught promoting any type of prohibited goods without a relevant export control and/or import license or permit, you will be ejected from the event and the exhibitor will have no claim for redress against the Organisers, nor any refund for loss of fees.

UK companies or UK nationals involved in promotion of Category A goods may also face enforcement action from the relevant UK authorities.

The UK’s trade control legislation affects anyone in the UK regardless of nationality. Trade controls licence the trading and transacting in controlled goods between two overseas countries where the deal is made in the UK.

The controls are intended to impact on ‘trafficking and brokering’ type activities that facilitate the movement of controlled military or paramilitary goods including the movement of goods to countries subject to sanctions, embargos or other restrictions.  Updates about arms embargos and other trade control restrictions can be found on the Government website.

All exhibitors must ensure that they have all necessary trade control licence in place before undertaking any controlled business or activity, in line with their statutory legal requirements under Part 4 of the Export Control Order 2008. For more information and to access a copy of the legislation, see the guide on Export Controls.

Any exhibitor engaging in controlled business or activity either overtly or covertly during the exhibition without all necessary trade control licenses being place will be regarded as a breach of their contract with the organisers and will forfeit their right to exhibit at DSEI. The organisers will take appropriate action which may involve the removal of equipment, documentation and/or visual promotional material from the stand into safe custody. The ECJU and other relevant authorities will be informed of any breach which may result in legal action being taken against the exhibitor by these authorities. The stand may be closed immediately and the exhibitor will have no claim for redress against the Organisers, nor any refund for loss of fees.

Any exhibitor, who, by way of trade or business, manufacturers, sells, transfers, repairs, tests or proves or exposes for sale or transfer or has in his possession for sale, repair, test or proof any firearm or ammunition to which Sections 1 and 5 of the Great Britain Firearms Act 1968 (as amended) apply, must first obtain a Metropolitan Police Service Registered Firearms Dealer Certificate to cover their temporary exhibiting activities at ExCeL. In addition, any exhibitor who has in his possession or purchases or acquires, or manufactures sells or transfers any firearm and ammunition to which Section 5 of the Act applies also requires a separate authority issued by the Home Office to cover their activities at ExCeL (full details will be issued within EZONE). Failure to obtain a Registered Firearms Dealer certificate and Section 5 authority, as applicable, prior to arrival in the UK will preclude an exhibitor from exhibiting. Any exhibitor who attempts to exhibit or sell any firearm or ammunition without the appropriate certificate and authority will be liable to prosecution.

The display of Offensive Weapons is strictly controlled under UK legislation

Section 141 of the Criminal Justice Act 1988 (CJA) provides that any person who manufactures, sells or hires or offers for sale or hire, exposes or has in his possession for the purpose of sale or hire, or lends or gives to any other person, a weapon to which that section applies shall be guilty of an offence.

The importation of any such weapon is also prohibited under the CJA.

All personnel attending DSEI, including exhibitors’ stand personnel, representatives, guests, contractors/subcontractors (stand build and services) and security personnel who will be working on stands and hospitality areas, must be pre-registered to attend DSEI. It is the responsibility of the exhibitor to check the bona fides of all personnel that they register to attend DSEI. All exhibitors must inform the Organisers of any private security officers or security officers from their own company who may be onsite during DSEI. The exhibitor takes responsibility for the bona fides of such security officers, including Security Industry Association licensing checks where applicable. Security Officers employed by exhibitors have jurisdiction on their tenancy areas only and are not permitted to carry out any duties elsewhere within ExCeL. Information regarding exhibitors’ security and licensing is to be provided to the Organisers on request. Security Officers and Police Officers employed by the Organisers and Organisers Security Management have primacy in all matters concerning breaches of security and have right of access to all tenancy areas. 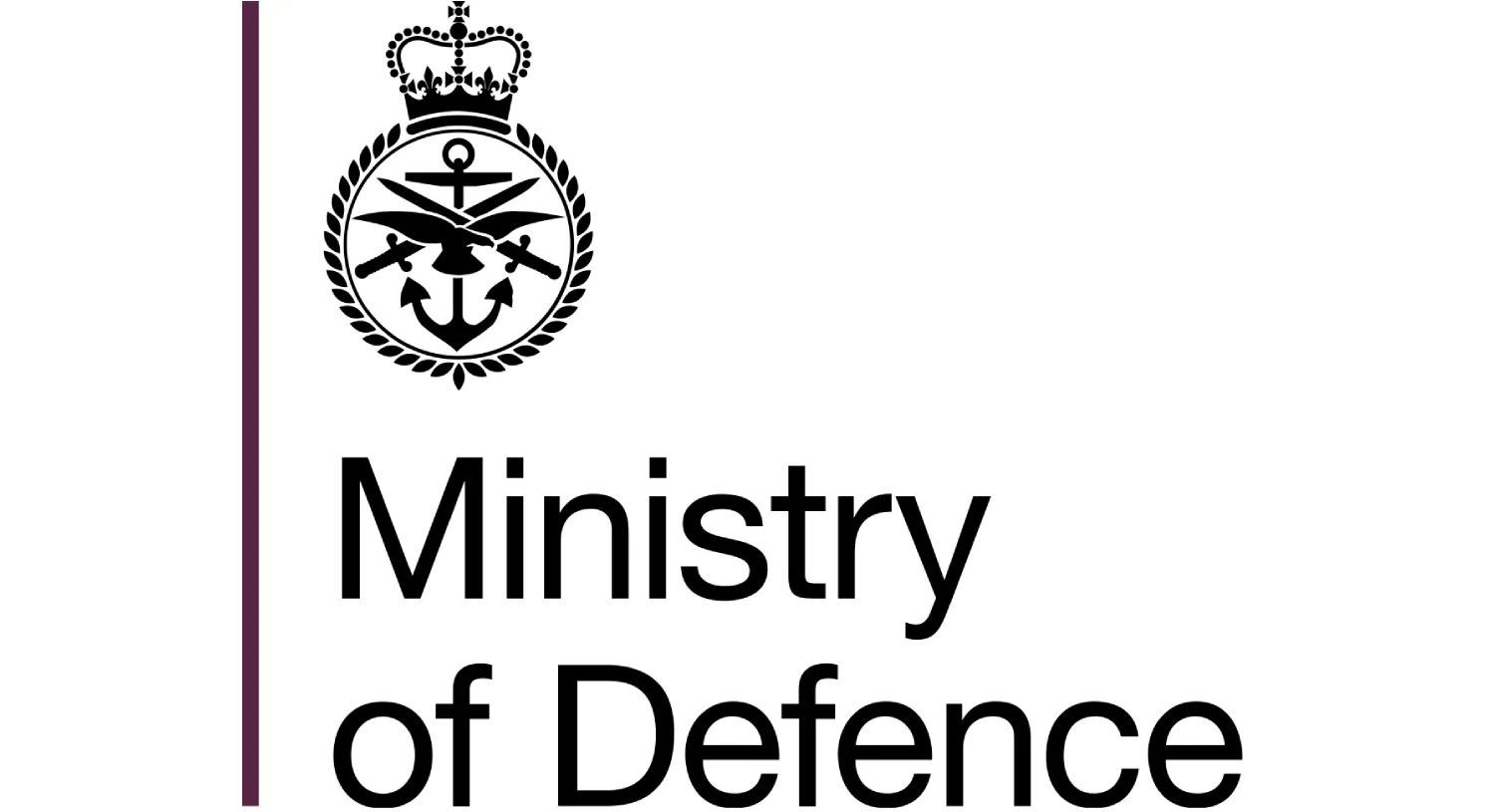