Science and Technology: serving defence and security in the next 10 years

On Thursday 16 July 2020, DSEI hosted a webinar to discuss how defence can be made fit for the future, and the role of science and technology in enabling this. 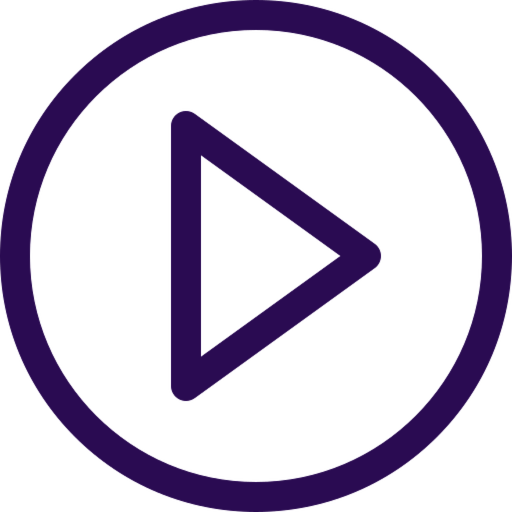 Military technology breakthroughs that are truly ground-breaking are rare and most in the modern industrial age have their roots in advancements in pure scientific research. In the fields of sensors, weapons and now increasingly in the way that data is harnessed to secure advantage the critical developments rely on pure science in the first instance.

Panelists will offer 2-3 areas of ongoing pure research that they believe will have effect in the coming decade, and will discuss how these may be “pulled through” to real world applications.

The items drawn from the research question will provide a natural bridge to a discussion on how these future developments are to some extent being heralded by today’s developing technologies. The areas of discussion will be:

The panel will explore how these developments may shape the defence landscape across the 5 domains of Maritime, Land, Air, Information and Space.

The sustainability of the defence S&T base has been a live discussion prior to the impact of Covid-19. Before the pandemic this discussion was largely focused on human capital: the need to attract and retain high calibre students into studying the foundational subjects of STEM; and then drawing these high performing students into the defence and security orbit.  As we emerge from the human tragedy and economic shock of the pandemic there is a great deal of interest in how those engaged in the defence enterprise see the future. The human resource challenge has perhaps become amplified, but there are other potential challenges arising. National strategic resilience is a topic rising up the agenda and this has implications for the science and technology community in its potential impact on cooperation, collaboration and coordination of R&D activity. Many smaller enterprises may fail due to the business climate and this in turn may have implications for the defence science and technology base.

The moderator will seek to explore this in terms of its impact at a national level, using the UK as an example, its impact on NATO, and finally in terms of any global effects the panel may wish to consider.  The intent is to achieve a balance in the discussion between the positive and negative consequences of the changes in behaviour and outcome that are related to the Covid-19 outbreak.

Gary has a broad background in Technology Research & Development and Commercial leadership with a track record of revenue growth and business transformation. After achieving a first class honours degree from the University of Strathclyde in Electrical and Electronic Engineering, Gary spent much of his career in the development and supply of mission-critical wireless communications solutions to public safety, industrial and transportation sectors. Gary held senior positions (Vice President) at Motorola Solutions and latterly Sepura plc for more than 20 years, covering sales, services, operations and product management. Gary’s experience includes both global and regional (Europe, Middle East and Africa) roles and profit/loss responsibility of more than $1B. He was appointed Chief Executive of Dstl in January 2018 and leads this government organisation of over 4000 scientists and engineers providing specialist, and in many cases world-leading expertise, across a wide-range of disciplines.

Married, with three daughters, Gary lives in Hampshire. His interests include cooking, the outdoors and mountain biking.

Dr. David Snelling received his Doctor of Philosophy in Computer Architecture from Manchester University in 1993. His undergraduate and masters degrees are from the University of Denver. Since 1997, Dr. Snelling has been employed by Fujitsu in roles ranging from research project manager to his current position as Program Director of Artificial Intelligence (EMEIA). Over these years his professional interests have ranged widely: Computer systems architecture, Distributed systems, Energy efficiency technologies, Graph database platforms, Machine (deep) learning, Information modelling and ontologies, Quantum computing. Prior to joining Fujitsu, he worked as a researcher and lecturer at the Universities of Manchester and Leicester.

As one of the primary architects of European Grid Computing, a member of the European Commission's Expert Groups on Next generation Grids and Cloud Computing, a member of the UK Future Internet Strategy Committee, and an active member of the W3C, OGF, DMTF and OASIS standards development organizations, he has played a central role in the development of distributed systems technology in Europe and around the world. Research areas also included technologies to reduce the environmental impact of cloud data centers through research collaboration with organizations such as the Carbon Trust and The Green Grid. Dr. Snelling has worked for clients in the security sector addressing information asset management and with Coelition to strengthen the consumer's right to privacy.

Dr. Snelling has regularly briefed industry analysts and the press on Fujitsu’s technical strategy, particularly in the areas of Artificial Intelligence and the Digital Annealer. In this context, Dr. Snelling has been a strong supporter of Fujitsu’s ethically motivated and diversity focused approach to business and technology. His current activity centers on bringing Fujitsu's Digital Annealer technology to market.

Dr. Snelling is very active in the Fujitsu Distinguished Engineer (FDE) program and has also been elected as a Fujitsu Fellow, the company's highest technical honor.

As of 1 July 2019, the North Atlantic Council (NAC) appointed Chief Scientist is Dr. Bryan Wells (UK). In this role, he has three major responsibilities. First, he serves as Chair of the NATO Science and Technology Board (STB). In this context, he serves as the STB's representative to the Secretary General and the NAC and is responsible to the STB for the effective coordination of NATO's Science and Technology (S&T) program. Second, he serves as the senior scientific advisor to NATO leadership, ensuring that appropriate and timely S&T based advice is provided to NATO senior decision makers. Finally, he leads the Office of the Chief Scientist at NATO Headquarters.

Prior to his appointment as Chief Scientist, Dr. Wells was the UK Ministry of Defence’s Head, of S&T Policy, Strategic Research and International Engagement. His responsibilities included the provision of strategic policy advice on the international and research aspects of the Ministry’s science and technology programme.

Additionally, he has recently completed a three-year term (2016-2018) as Chair of the European Defence Agency’s Research & Technology Steering Board.

Dr Wells joined the UK Ministry of Defence in 1988. He served as Assistant Private Secretary to the Secretary of State for Defence 1989-1992, and has held a range of other posts, including Deputy Director of NATO Policy 1997-1999, and Director of Counter-Proliferation and Arms Control 2002- 2008. During 1999-2002 he was on secondment to the Lord Chancellor’s Department (now the Department of Justice) as Head of Administrative Justice.

Dr Wells was educated at St Catherine’s College, Oxford (1978-85) and Merton College Oxford (1985-1988). He graduated BA(Hons) in Chemistry in 1982 and was awarded a DPhil in 1985. He conducted three years post-Doctorate research at Oxford University as a Junior Research Fellow at Merton College.